The Voice of Business Award is given annually to an individual or company that demonstrates excellence in commitment to the Burlington County business community through enhancement of the County’s image, involvement in civic projects, use of new technologies, and providing leadership in the business community.

In his nomination Letter of Support, Mount Holly Schools Interim Superintendent Walt Keiss wrote, “Regan Young is not only a leader in the architectural business, but he is a true civic leader as well.” The Voice of Business award recognizes his efforts not only as a design professional leading Burlington County’s Best architecture firm (according to readers polls over the past ten years by the Burlington County Times). The award is also for his work with Main Street Mount Holly in revitalizing their downtown, the Rotary Club in establishing First Night, a community New Year’s Eve celebration, and his participation in Leadership New Jersey. 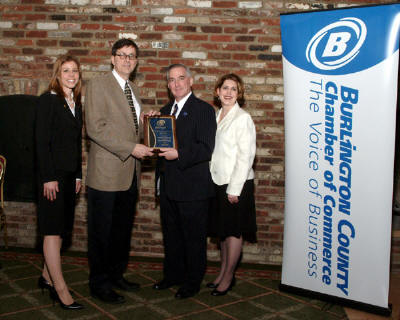